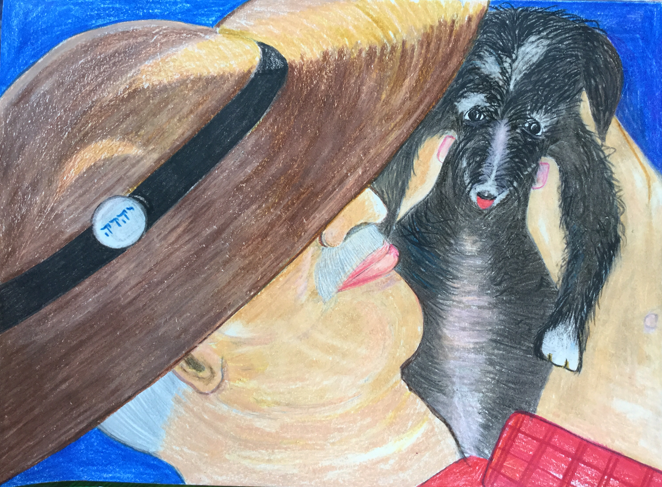 Being with Jonathan was clear that the Lord Himself was showing us His gift to us by revealing Himself in the form of a Father. He showed us what He was doing. We were all either little children two to five years of age depending on the scene He was wanting to communicate through. At other times we were…okay I AM NOT CRAZY. Then other times we were with Him as animals. Fiona was a little three year old girl in a white dress in the Jonathan scene.

“That animal next to Him is a dog,” Fiona exclaims. “Why a dog?” “It is Mommy, Jonathan said she had always been there with Him at this rock, ever since she came she never left.”

“Mommy,” that is what Fiona called Dearest, “It is you.” Dearest cried and cried. ‘Why a dog she wondered.

“Does the dog have a name?” Fiona answers, “Yes, her name is Dearest.” And that is where the character of Dearest came from in this story.

For a couple of days the girls and the spouses entered in by faith and each time they would meet themselves the way Father God saw them and wanted to communicate to them. Dearest was a black with white spot shitzu type dog the size of a puppy. She always sits on the rock with Jonathan.

Fiona was the seer who would enter us in, she was the one called for the task of learning how to relate the Fathers heart to the human race. At least she was offered this position which was non public, yet humbling before God. The heart would be tested.

The husband of Dearest was shown as a brown Labrador of mild nature and full size. Tiara’s husband was shown as a porcupine. Fiona’s husband was a tortuous, how funny, he moved liked one. Each character was so fitting the story God had created to communicate with them and He did it through words and living scenes..

This place they were meeting with Him told was the Garden of Eden, Gods garden where the group met with Jonathan. The Father meets everyone there who comes to Him at the mountaintop.

Soon I’ll share with you the story of the Eagles.

It was a question on each of the girls minds, what is uncles name? The next morning seer 1 named Fiona had woken up with the same question and immediately received an answer. “My name is Jonathan.” Throughout the day a research was done on the meaning of this name in the presence of this uncle. The ladies had gone into seek the Lord now on a daily basis for the situation that praying was being done for, that was the human plan and God allowed it.

His plans were different.

Uncles name was Jonathan. He was about seventy two or so. Always sitting at the rock wearing a different outfit each day, never the same outfit once.

Jonathan (Hebrew: יְהוֹנָתָן/יוֹנָתָן, Standard Yonatan / Yəhonatan Tiberian Yônāṯān) is a common masculine given name meaning “YHWH has given” in Hebrew.The first known Jonathan was a son of King Saul in the Hebrew Bible, a close friend of David. The name’s origin, Yonatan, is a popular masculine Israeli name, appearing in the Hebrew Bible.

Jonathan at the rock was our daily visit for the first few days of entering in. We learned about Him and ourselves as He began to build His story and channel of communication with us. 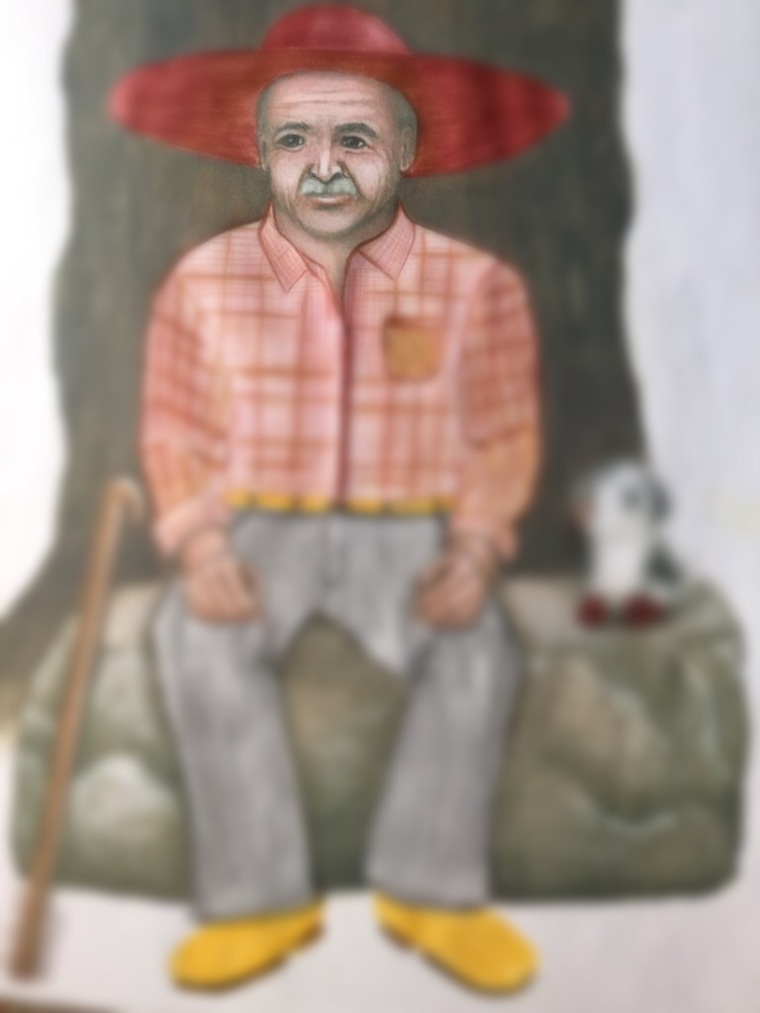 As of today this book has not been given a title yet. The author is still waiting…waiting seems to be the word that describes the status of the authors life. Waiting, always waiting!

A person once said, “I’ve been waiting so long I could open a restaurant.” Ha ha

Do start at the beginning…in May ok.

Every character in this book is connected one way or another but mainly connected to one person and that’s how they all came today. Each character has their own unique story and worth hearing about. Some stories shorter then others yet just as important, they are part of the ingredient that makes this dish so flavorful. A bit of rosemary is all you need to fragrance a dish.

This book is definitely worth reading if you really want to meet God in a way that will make you wonder why no one ever told you it was like this…they just didn’t know about this well kept secret. It is only for the seekers who will find. The keys are hidden every where throughout this book which is written on this website.

You can be assured to go on an adventure of the God kind.

Please FOLLOW to get updates…hopefully it will be daily. You’re getting it fresh off the click and pen.